Who knew Kabul got this cold?? 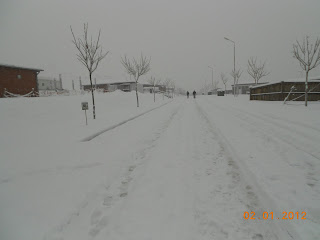 A little early morning exercise today, February 4th, 2012.  Things started out nicely with just a few  inches of snow on the ground but quickly turned to near whiteout conditions within an hour and a half.   Who knew it would get this cold in Afghanistan?  I was certainly surprised. 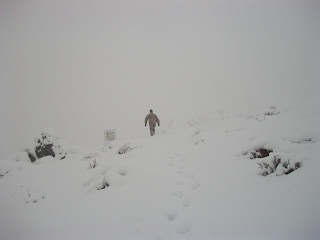 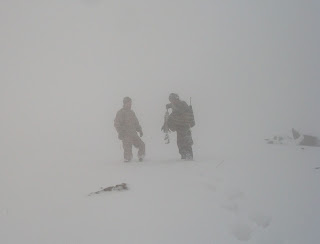 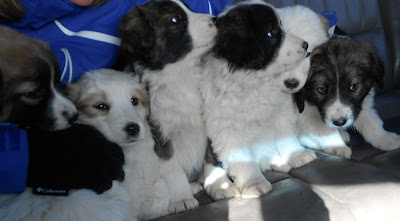 Similar to the compassion I felt for the stray animals I encountered in Iraq, I have grown fond of the helpless cats and dogs wandering around Afghanistan. Unfortunately, the residents of Kabul are no different in their treatment of animals than most Muslim societies that consider cats and dogs dirty and unworthy of being pets.  Here, there are stray dogs and cats wandering the city in large numbers.  Many appear injured and malnourished, often limping and sometimes missing legs or ears. Both children and adults alike ignore the animals or throw rocks at the strays. It's horrible to watch such maltreatment of man's best friend.

One of the agents living at my compound is deeply concerned with the rescue of these wonderful animals. Amazingly, he found a local shelter situated deep within the city called the Afghan Stray Animal League  (http://www.afghanstrayanimals.org/mission_1.html). The shelter is known locally as the Tigger House and is operated by an American who solicits private donations and adoption fees in order to keep the shelter running.  She has a small but dedicated local staff who care for the animals that are brought into the shelter until such time that they can be adopted by American service members or other willing families. Although the shelter appears disheveled and dirty compared to our own standards, the dogs and cats brought to the shelter are safe and cared for until a home is found for them. The shelter has saved dozens of animals from cruel abuse and worse, from being sold to locals who purchase them for the sport of dog fighting. 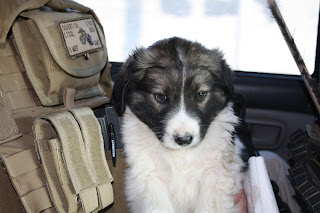 Yesterday, Brandon, Michelle and I brought a litter of 7 pups to the shelter. The pups were born just outside of our compound and were fed by Brandon and some of the other residents until they were weaned. Unfortunately, they had grown to the point that local Afghans were taking interest in them for dog fighting, so Brandon asked if I would ride shotgun as we drove into the city to the Tigger House. Driving through the pothole-lined streets of Kabul while trying to keep 7 puppies from throwing up in your lap was challenging but worthwhile knowing that these dogs have a future ahead of them that is not filled with violence and hunger.
Posted by VMICraig at 1/15/2012 07:13:00 AM 11 comments: 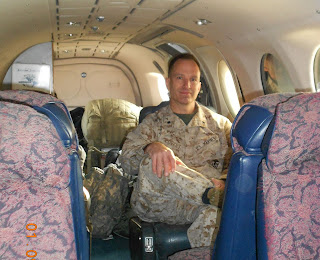 Last week, I flew south from Kabul to Camp Leatherneck in the Helmand Province. As the liaison officer to a civilian federal agency, I was fortunate to fly aboard a government owned Beechcraft King Air twin turbo-prop.  It was certainly luxurious compared to the standard C-130 transport commonly used in theater.  When fully loaded with pallets of gear and equipment, troop space aboard the C-130 is usually limited and one often ends up facing another Marine or soldier in a cramped, parallel series of troops seats, your knees interlaced between the knees of the guy in front of you.  Sometimes the C-130 flights are empty and one can stretch out along the canvas troop seats lining the sides of the fuselage. Conversely, the massive C-17's are much more spacious than the relatively compact C-130's and have removable rows of seats like those found in a commercial airliner. The seats can be added or removed depending upon the load. In addition to troops, the C-17's and the even larger C-5 routinely haul large quantities of equipment across the theater. 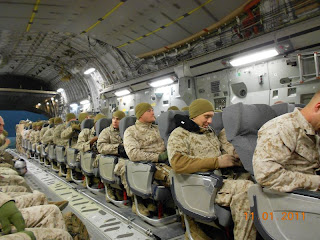 While the King Air may only seat 8 passengers, its twin turbo props permit the bird to fly at nearly the same speed of the C-130 Hercules.  During this particular flight, just myself and 2 DoD analysts were headed to Camp Leatherneck.  Needless to say, it is a comfortable ride that is usually reserved for VIP's and distinguished visitors; 95% of the troops in theater will only fly aboard the larger strategic aircraft and won't have the opportuntity to enjoy this incredible perk!

From the air, I observed the ridge line that lies along the northern edge of our compound, the same ridge line I've climbed several times since my arrival. The recent blast of precipitation over the last 2 days has since hidden the treacherous peaks under a soft blanket of snow, belying the dangers hidden within the Hindu Kush. 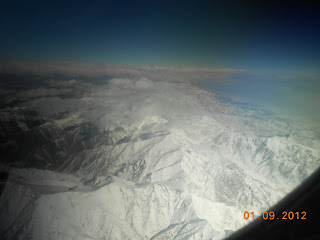